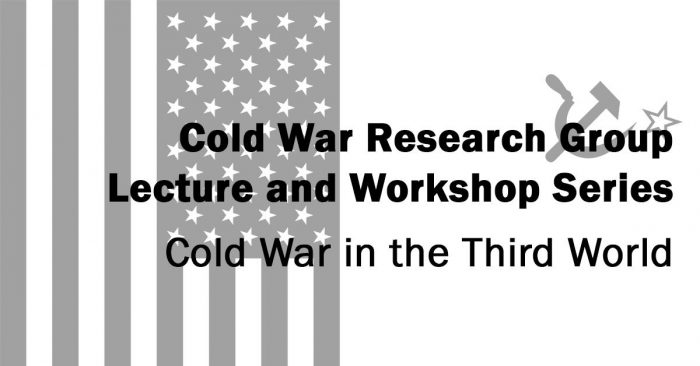 Since 2000, transnational and international history have defined the cutting edge of historical research. Particularly innovative was the introduction of the multi-centric approach and the increased use of postcolonial archives. The multi-centric approach seeks to write history from multiple national vantage points. Simultaneously, the increased access to archives has produced great insight in how a first generation of nationalist leaders in former colonies approached international relations. Seventeen years later this presentation will discuss the limits of multi-centrism and the colonial archives while also debating the unexpected rise to prominence of international legal history. It will be argued that international history today is characterized by a division between genealogists and historical problem solvers.

Natalia Telepneva (University of Warwick), Czechoslovak Archives and the History of Postcolonial Africa: Opportunities and Challenges

This paper looks at some of the trends in the historiography of the Cold War, such as the application of Tony Smith’s ‘pericentric theory’ to the study of state socialist East-Central Europe, to research that deals with non-state actors and institutions, including projects on agents of ‘socialist internationalism’ and their contribution in the establishment of post-1945 order. In view of these trends, this paper looks at the opportunities and challenges of using the Czechoslovak archives in exploring post-colonial history of Africa, specifically the international diplomacy of postcolonial elites, clandestine contacts, and the absence of the Soviets in the Czechoslovak records.

Jan Koura (Charles University), Cultural Turn in International History: Opportunity for Reassessment of US Diplomacy behind the Iron Curtain?

Traditional schools have been understood the Cold War as a bipolar conflict between the United States and the Soviet Union, highlighting methods of diplomatic history based on study of government documents. After the cultural turn in social, economic and political history, traditional diplomatic historians were forced into a more expansive definition of their discipline and questioned traditional reliance on government archives as the principal source. Existing works on US-Czechoslovak relations after the Second World War exclusively rely on traditional methods of diplomatic history. This paper examines how ‘cultural turn’ in international history opened the way for a reassessment of US diplomacy towards Czechoslovakia during the Cold War.

Natalia Telepneva is a British Academy Postdoctoral Fellow at the University of Warwick. She received her PhD at the London School of Economics and Political Science (LSE). She is currently working on the manuscript, “Cold War Liberation: The Soviet Union and the End of the Portuguese Empire in Africa, 1961-1976”, which explores the role of the Warsaw Pact countries in the anti-colonial campaigns in Angola, Mozambique and Guinea-Bissau, based on newly available archival documents from Russia and Eastern Europe and interviews with key protagonists. Her recent publications broadly cover the history of Soviet and Czechoslovak engagement in Africa during the Cold War.

Jan Koura is a Lecturer at the Institute of World History, Faculty of Arts, Charles University and a head of the Cold War Study Group (Institute for the Study of Strategic Regions, Charles University). He has been a Fulbright-Masaryk Scholar at George Washington University and a Visiting Scholar at University of St Andrews. He is author of a monograph Zápas o východní Středomoří. Zahraniční politika Spojených států amerických vůči Řecku a Turecku v letech 1945–1953 [Struggle over the Eastern Mediterranean. US Foreign Policy towards Greece and Turkey 1945–1953, Prague 2013] and author of numerous articles and book chapters on the Cold War history.

Cold War Research Group (CWRG) was established in January 2017 as a part of the Institute for the Study of Strategic Regions that is a Charles university platform for an excellent transdisciplinary research. CWRG explores the role of Czechoslovakia and other former Eastern Bloc countries in the Cold War with the special emphasis on Czechoslovak activities in the “Third World”. It works with the newest trends and approaches in the Cold War history research using primary sources from recently opened archives.

We use cookies to enable you to browse this website easily and to improve its functionality through analysis of the operation; we share these cookies with our partners for analytics and marketing purposes. You can adjust their settings using the "Cookie settings" link and you can change them at any time in the footer of our website using „Manage cookies“ link.